Why Use Hashtags When I Post to Social Media? When we saw the first use of the hashtag on Twitter in 2007 (August 23 to be exact… WHY DO I KNOW THAT!😖 ) we all thought it was kind of cool but no one ever knew they would become a prevalent part of the worldwide lexicon. Nor did we know they would become the bane of a marketers existence.

My mea culpa: I never took the time to learn much about them.

They’re a mystery and the secret formula is sealed away in a safe. In a vault. In a volcano.

Why are hashtags important?

Now that I am posting almost daily videos they have become pretty important to me. I know I need them but I know I’m not using them correctly. For instance, I have recorded and posted 64 episodes of Digital Marketing in 60 Seconds or Less (DMSSL) and I have used the same collection of 30 or so hashtags on every one of the social media accounts I post my videos on.

That’s definitely not the right way to do it…

But I figured I would get to the hashtag research later and for now posting some kind of hashtag is better than posting no hashtags at all. I would venture to say that’s true for most people using hashtags.

There are very differing opinions about hashtags. Some say to use as many as you can. Some say limit the number to 7 or 9. Some say don’t use them at all and your engagement will improve.

There is a study that states an Instagram post with at least one hashtag gets 12.6% more engagement (a measurement of public shares, likes and comments) than a post without. I want some of that! But how? How important are they on other social media platforms?

How much engagement do they recieve elsewhere?

How do I create a hashtag?

Should I create my own hashtags?

There are a litany of questions that must be answered before we can confidently say we are using a well thought out, well structured hashtag strategy. I hope to figure out that strategy and share it with you.

Should I stop using hashtags?

Obviously hashtags are not going away and I’m tired of losing to the competition because I’m not using them correctly. You should be too.

Does it mean I should stop using hashtags for now?

Does it mean I can use one of the most popular hashtags such as #love and my post about digital marketing for contractors will get 12.6 shares, likes or comments rather than 0?

I’m not saying to stop using them. I’m also not saying to use them with no rhyme or reason. After all a post about digital marketing for contractors with a hashtag of #love will be one of about 3 million Instagram posts daily using the same hashtag – good luck getting found there! On the contrary. Use them as you are but we have to start learning how to use them correctly on all the major social media platforms. I do believe an effective hashtag strategy can help propel your posts and get you to the top of the heap in your industry.

I’m going to be taking a look at hashtags over the next several blog posts and DMSSL episodes. My goal is to figure out the best strategies for using hashtags on the following:

Let’s learn more about hashtags together and see if we can’t climb the face of the volcano and crack the code on the safe.

Til next time…
CHEERS!
Michael 🙂

P.S. Here are some great ways I can help you grow your business right now:

Website Success Call: We’ll talk about the concerns you have about your website and see if we can answer some of your questions and get you moving in the right direction.

Google My Business Success Call: We’ll talk about the problems your having with getting some traction in local search and see if we can help you move the needle a bit.

All calls are 100% FREE and carry no obligation. We’re passionate about ridding the world of website shame and we love sharing when we can.

P.S.S. If you need help with something or would like too see an article or a “Digital Marketing in 60 Seconds or Less” video about a certain topic, email me directly at [email protected]. 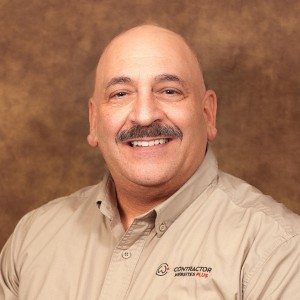 Hi! I'm Michael Pollaci and I'm on a mission to rid the world of website shame. I spent over 25 years in the construction industry and now work tirelessly to help contractors, tradesmen, builders and other service related industries bring their websites and their marketing into the 21st century. In the construction and home improvement industries, it used to be that word of mouth was all you needed. Now, with enough technology in the palm of our hands to land Apollo 11 on the moon, word of mouth isn't enough. Your website and your messaging has to be spot on or you'll lose all of those precious word of mouth referrals. If you want to stop losing to your competition, hop on a call with me now: Website Success Call Here is a list of the best image vendors we use on the regular. Some are paid and others are free. You will find that

It was around 9:30 AM and I was on my way to one of the two siding projects I had going. I wanted to stop

[UPDATE: September 08, 2020: I was reading through some old blog posts from a website I may or may not retire, ContractorWebsitesPlus.com, and found this

Get More Conversions From Your Website’s Homepage. ﻿ “Your homepage is for branded searches and business cards.” I said that the other day in our

How to Optimize Your Website for Z Pattern Scanning We’re busy. It’s just a fact of modern life. We have things to do and people

﻿ People come to me all the time, excitement radiating from their faces like sunbeams, to tell me they have their homepage ranked number one Website shame is a real thing. You’ve experienced it yourself or you may be experiencing it now. You’re not alone. Most small businesses go through